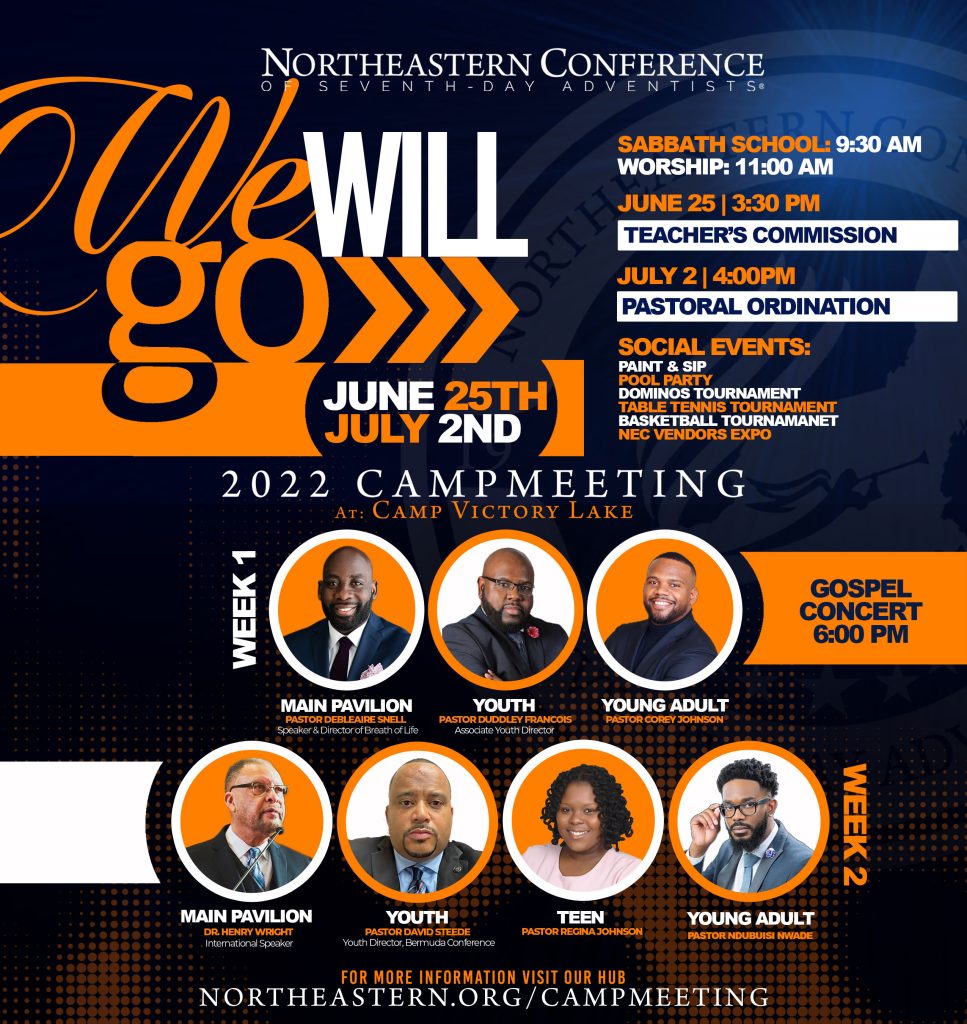 Pastor Debleaire Snell is the speaker/director of Breath of Life Ministries as well as the senior pastor of Oakwood University Church. Pastor Snell has served as senior pastor of the three campuses of the First Seventh-day Adventist Church (First Church, Abundant Life, and “The Bridge”) in Huntsville, Alabama before being elected speaker/director of Breath of Life. He has conducted several major evangelistic meetings for the church; and throughout his time at First Church, there have been a total of 878 baptisms. In 2020, Snell launched a local television ministry with the Huntsville CBS affiliate.

Snell has taught at Oakwood University as an adjunct professor since 2010. In addition to starting a devotional column in a local newspaper while in Kentucky, Snell has authored six books. He graduated from Oakwood University in 1999 with a bachelor’s degree in theology. In 2001, Snell earned his Master of Divinity from Seventh-day Adventist Theological Seminary at Andrews University in Berrien Springs, Michigan.

Dr. Henry Wright is a native of Cincinnati, Ohio. He is an educator, administrator, pastor and evangelist. He has served the Seventh-day Adventist Church over 50 years, at the General Conference, Allegheny West Conference, Columbia Union, Potomac Conference, Washington Adventist University as well as Oakwood University. Oakwood is where he met his lifelong companion, the late Carol Lindsey Wright. Dr. Wright ran tent meetings every summer and was constantly pushing forward. His churches grew along with his family.

As secretary of the Columbia Union Conference he was instrumental in the reorganization of its eight conferences. In early 1992 he was asked to be the Secretary of the General Conference Ministerial Association. Dr. Wright served the Potomac Conference and helped to build the Community Praise Center in Virginia. He also became a professor for Washington Adventist University in Maryland to help shape the minds of new ministers. Dr. Wright’s ministry has afforded him the opportunity to preach in numerous countries and series.

He is a loved family man with children and grandchildren. Dr. Wright’s ministry has be a model of service and surrender.

Pastor David Steede is the pastor of the Hamilton Seventh-day Adventist Church and the Youth Director of the Bermuda Conference of Seventh-day Adventists. He is married to his wife Ra’Shall and has two children David III and Summer Steede. He is a graduate of Oakwood University with a B. A. in Ministerial Theology and Andrews University with a Masters of Arts in Divinity (Emphasis in Preaching)

Hobbies: Prayer, Golf, Swimming, Real Football, Golf, Table Tennis, Reading, Words With Friends  and Golf. Motto: God has given a specific message to be given by a specific people, of which I am a prayer-conditioned preacher and proclaimer; a message that is apropos for this specific Apocalyptic and Laodicean age, concerning a specific judgment and imminent return of the Man, we call Jesus!

Dr. Dedrick Blue, a native of Boston, holds a BA in Theology from Oakwood College, a MS in Higher Education Leadership and Policy from Hofstra University, a Master of Divinity, and Doctor of Ministry degrees from Andrews University.

He is married to Dr. Elfreda Blue, vice provost of Hofstra University, and they have been blessed with three adult and one grandchild. He is a husband, father and grandfather. He has served in ministry over 40 years and has traveled to preach and teach the gospel in over 10 countries. He has a passion of social justice and community reform; serving under the NYC Interfaith Clergy Coalition for several years.

Pastor Regina Nicole Johnson is a native of Huntsville, Alabama. Pastor Johnson is the first female pastor to be ordained within the Allegheny West Conference and is currently serving as the Administrative Pastor at the Grace Community SDA Church in Cleveland, Ohio under the leadership of Dr. Myron Edmonds since 2015.

Her life’s motto is, “Stop trying to understand God, and understand that He knows what He’s doing.” Pastor Johnson loves the Lord, and is here today because she realized that listening to His voice is the best thing you could ever do.

Pastor Ndubuisi Nwade, affectionately know as “BC” is a preacher, pastor, mentor and worship leader. He has a passion for teaching, for worship and a joy for seeing people come to relationship with Jesus Christ. His only desire is to share the love of God and his gospel message to all he comes into contact with. He is a graduate of Oakwood University with a BA in Theology and a minor in biblical languages. He also holds a Masters degree in Divinity with a concentration in church growth and evangelism from the Seventh-day Adventist theological seminary at Andrews University. He is also a gifted songwriter and vocalist, and currently you can find listen to three of his songs, “Great Grace”, “The Lord is Great”, and “The Advent”

He is the husband of the beautiful Jasmine
Nwade, and they are the parents of a beautiful girl named Jean. He is currently serving as the Associate Pastor of the Ephesus Seventh-day Adventist Church in Columbus Ohio.

Pastor Corey Johnson is a proud native of Philadelphia, PA. He is the Pastor of the Mount Sinai SDA Church in Trenton, NJ. Corey has a Bachelors of Arts Degree in Theology from Oakwood University and a Masters of Divinity from Andrews University.

He is married to his best friend, Morgan Johnson, and together they have one daughter, Miss Kori Lynn Johnson. Pastor Johnson’s passion is create safe spaces for people to experience God’s love.

Pastor Duddley Francois is the current Communication Director & Associate Youth & Young Adult Ministries Director for the Northeastern Conference. He holds degrees from Washington Adventist University in Theology (BA) and Liberty University in Visual Communication and Design (MA). He has a passion for soul winning, media ministry, community activism and the Gospel.

Pastor Duddley believes in the power of empathy. His hobbies include: reading, graphic design, writing, swimming, and watching his beloved Boston Celtics. He is happily married to his wife Gina. Together they have two young children; Pierce and Jordan Taylor.

Scan me for your Cammeeting Bulletin 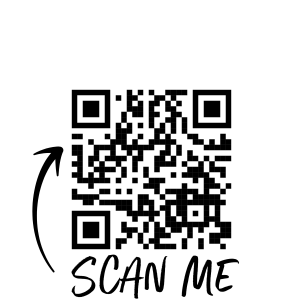 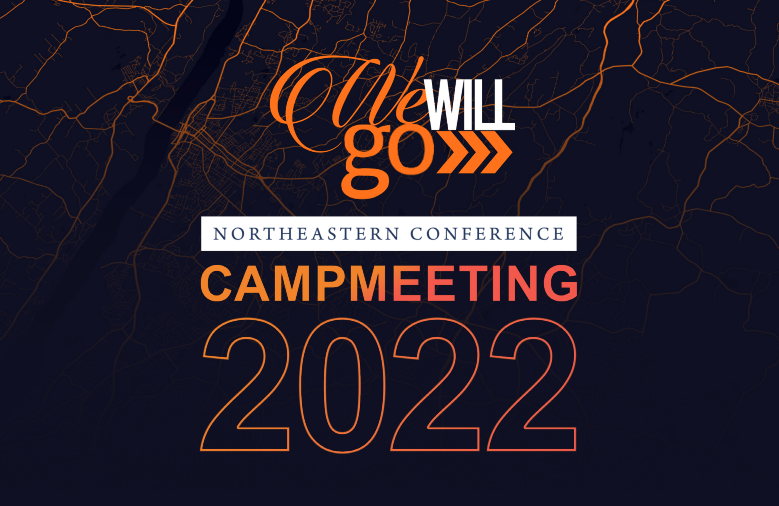